We are currently reviewing the school dinner systems. Please be aware that menus will now be sent home on Wednesdays and must be returned to school by Friday morning at the latest.

Many thanks for your continued support.

our busy and fun week at school

OUR AWESOME WEEK AT SCHOOL

Christmas in the community - Year 6 had fun singing and raising money for charity at Costco this week.

Thank you for making all the wonderful poppies, our corridor looks fantastic.

As part of our work within the community, you may already be aware that as a school we support St George’s Crypt by collecting donations during the Harvest period. This year, Year Six have decided they would like to help further by raising money for the charity by holding a sweet tombola. The tombola will be held after school on Friday the 23rd November 2018 from 2pm until 2:30pm.

Christmas in the Community

As the Christmas period is nearly upon us, Year Six would love to spread the Christmas cheer by singing the community. Shakespeare class has been invited to carol sing at Costco on Wednesday the 5th December 2018 from 11am until 12pm. This is a fantastic opportunity to celebrate the festive season and give back to our community.

Our class assembly is on Friday 19th October at 1:30pm. We invite all parents and carers to come along and watch the children's showcase.

Welcome to our class webpage. We hope you will enjoy looking at our learning journey and find useful information.

We all had a lot of fun at Eden Camp

We are looking forward to our class trip to Eden Camp on the 3rd October where we can learn even more about WW2. Please remember to return your permission slips. 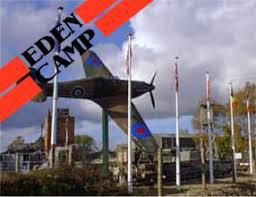 Our class novel is...

For the next two weeks, Shakespeare class will be drafting and writing discussion texts.

We have been developing a deep understanding of balanced arguments by looking at the purpose, audience, typical structure and language features of the text type.

We have been discussing a range of topics, such as;

Should children be allowed to vote?

Should children have been evacuated during World War Two?

Should animals be kept in captivity?

and our class text -  Should David and Tucky help the German airmen?

In maths we have been looking at place value and multiplying and dividing by 10, 100 and 1000. 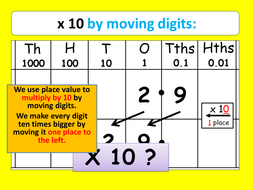 Please find below some useful websites that will help develop the key skills needed for Year 6. Pupils have their log ons for Mathletics and TT Rock Stars in their planners.

On Friday 7th September, Shakespeare class were conscripted into the British army to support the WW2 war effort. Our soldiers reported for duty with General Christopher at 0845hrs.

We began by doing army drills in the hall to test our stamina and fitness. Boy was it hard work with General Bowes and General Christopher putting us through our paces!

Once our drills were complete, our Generals assigned us to one of 6 ranks within our battalion: private, lieutenant, captain, major, colonel or lieutenant general. We then went outside to complete some team building activities with our teams.

Once our agility testing was complete, we made our way inside. In the middle of learning about how the war began, the air raid siren went off! We ducked under tables and waited patiently for all clear. We were so glad it wasn't real like during WW2. Neville Chamberlain gave his announcement that Britain was at war with Germany and we then learnt how the war began and the countries involved.

We are really enjoying our reading buddy sessions!